Big Data in automotive industry: from idea to monetization

IHS Automotive predicts that by 2020, some 152 million "connected" cars will generate up to 30 terabytes of data daily. And the business that will be able to competently use this wealth, obviously, will be "on horseback." Let's talk about what information can be used and what is needed for this. 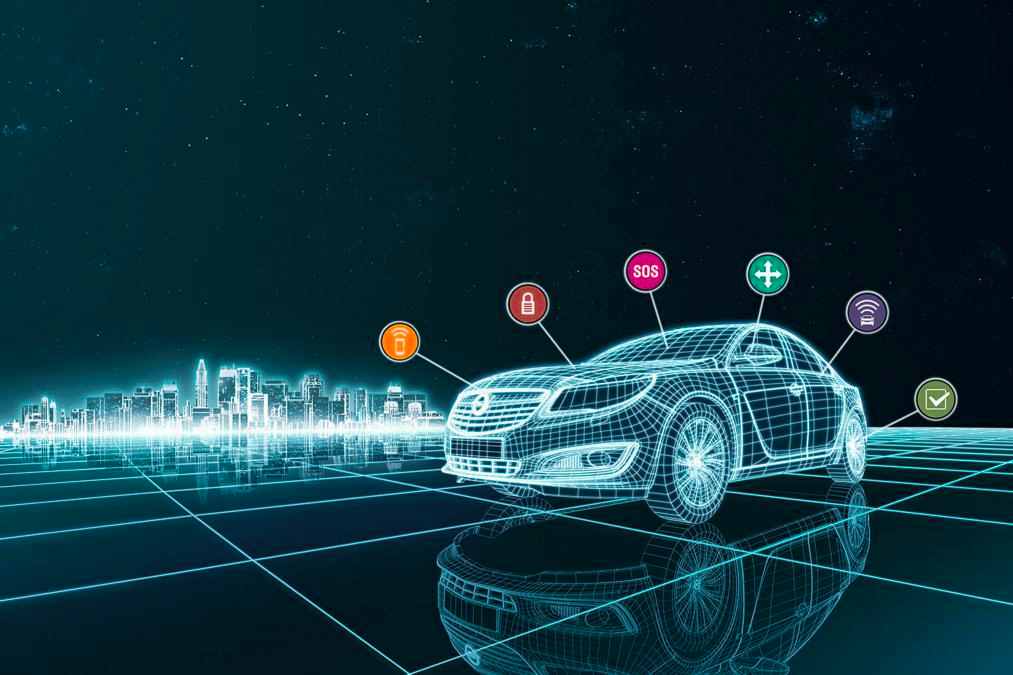 Digital technologies are changing the world. Objects cease to be just things – they turn into information, media centers that have access to the Internet, unite in networks and acquire new opportunities. In the automotive industry, this is connected cars.

The success of work in this direction depends not so much on the characteristics of the modules installed in the machines, but on the services themselves that use this data, and analytical models that process and analyze what they have received, making conclusions and forecasts useful for business.

The car allows you to collect information about its location and instantaneous speed, as well as analyze the data of the self-diagnosis system via OBD2. Based only on this information from one car, it is already possible to draw a conclusion, for example, about the driving style of the driver or the mode of his movements (highway / city).

The analysis of such data "in bulk" is even more interesting. For example, by building a map of the movements of cars of a certain model, you can determine the target audience of this model and its “typical” habits. The horizon for the application of such information is wide enough. And business models for monetizing the collected unstructured data and the conclusions formed on the basis of their analysis can be very diverse.

Data on the preferred speed, periods and frequency of acceleration and braking allow you to determine the driving style of the car owner and the likelihood of an accident. This approach gives careful drivers the opportunity to get a discount, for example, on insurance. A similar system is already in use in a number of countries. Although, in general, the global volume of insurance premiums calculated using the analysis of telematics data is still small.

A similar story with loans – if a person drove carefully on a previous car, why not give him a loan for a new car at a reduced rate (the risks included by the bank in the interest rate will be slightly lower in this case).

The analysis of telematic data makes it possible to create a kind of "electronic navigator" who will advise which gas station is more convenient to call in, which route to prefer in order to save fuel, time and, ultimately, money. The service can also report maintenance in advance, and not only based on mileage data, but also on the basis of the analysis of service data for cars of the same configuration from owners with a similar operating mode.

Based on data on all cars of a certain brand that came off the same assembly line, it is possible to predict the remaining useful life of a car (RUL) and time to breakdown (TTF). And when comparing information about where and how the car was operated with visual inspection data, the reasons for some breakdowns are clear.

Theoretically, if a driver demonstrates the same driving style year after year, and then suddenly changes his habits, the system can detect an anomaly and signal this.

The anomaly can be caused by an emergency situation – theft, illness – or a completely ordinary thing – teaching children to drive or updating applications. A correct analysis of such anomalies will be possible only after analyzing huge amounts of data from a large number of cars, since it is necessary to identify patterns of behavior that would unambiguously indicate an emergency situation.

Information about where and how the car is operated, what difficulties arise in this case and how well certain components function is also of interest to “sellers”. After analyzing it, automakers will be able to identify "systemic problems" of the series or model and fix them in new versions. Dealers, on the basis of this data, will be able to plan the purchase of spare parts, bolt pattern or potential repairs.

In principle, such systems are already used by many dealers and are being tested by manufacturers. The latter are unlikely to spend a lot of time building processes – and, perhaps, we will soon see such solutions in commercial operation.

Another area of application of "big automotive data" is working with "post-warranty" customers. Detailed information about visitors by car will reveal patterns in their behavior, which, in turn, will give scope for developing ways to keep them.

Additional information about the car owner and his movements allows you to target ads aimed at the driver and his passengers. For example, if the collection of data from a large number of cars shows that mainly families with children pass by an advertising banner along the road (and you can find out by fixing the regular parking of the same cars near schools and other children's institutions), this will give an trump card in the hands of the advertising rental agency. Roughly speaking, ad targeting techniques that have long been used online will become available offline.

At the same time, it becomes possible to apply cross-marketing. Based on the client's previous interests, analyzed through the prism of information about his movements and driving style, dealers, gas station owners and other service providers will be able to create a personal package of offers from partner companies (shops, leisure centers, etc.).

All of the above becomes possible thanks to the analysis of already collected data. Imagine what opportunities will open up for the market if the car begins to "communicate" with surrounding objects (other cars and elements of the road network), responding to their actions or collecting information about the driver's reaction.

There is an idea. How to implement?

Everything written above is very cool in theory, but so far on the scale of the entire traffic is not available in practice. And there is a simple explanation for this.

The correct use of big data requires three components: a developed infrastructure, the willingness of industry representatives to innovate, and resources, including human resources, to turn all ideas into reality. Let's see how things are now.

Technically, everything is ready for the transition to the ideology of connected cars data. Everywhere there is a mobile network with access to the Internet. Data exchange standards have already been developed that provide relatively easy integration of devices that support them into the infrastructure of a potential system. There are ready-made and generally accepted solutions for analyzing and storing big data, such as Hadoop, Spark, Storm, and others, as well as large cloud services (Amazon RedShift, Azure DataLake, Azure HDInsight).

It makes sense to talk about readiness for innovation in two planes: from the point of view of the market and from the side of ordinary motorists. 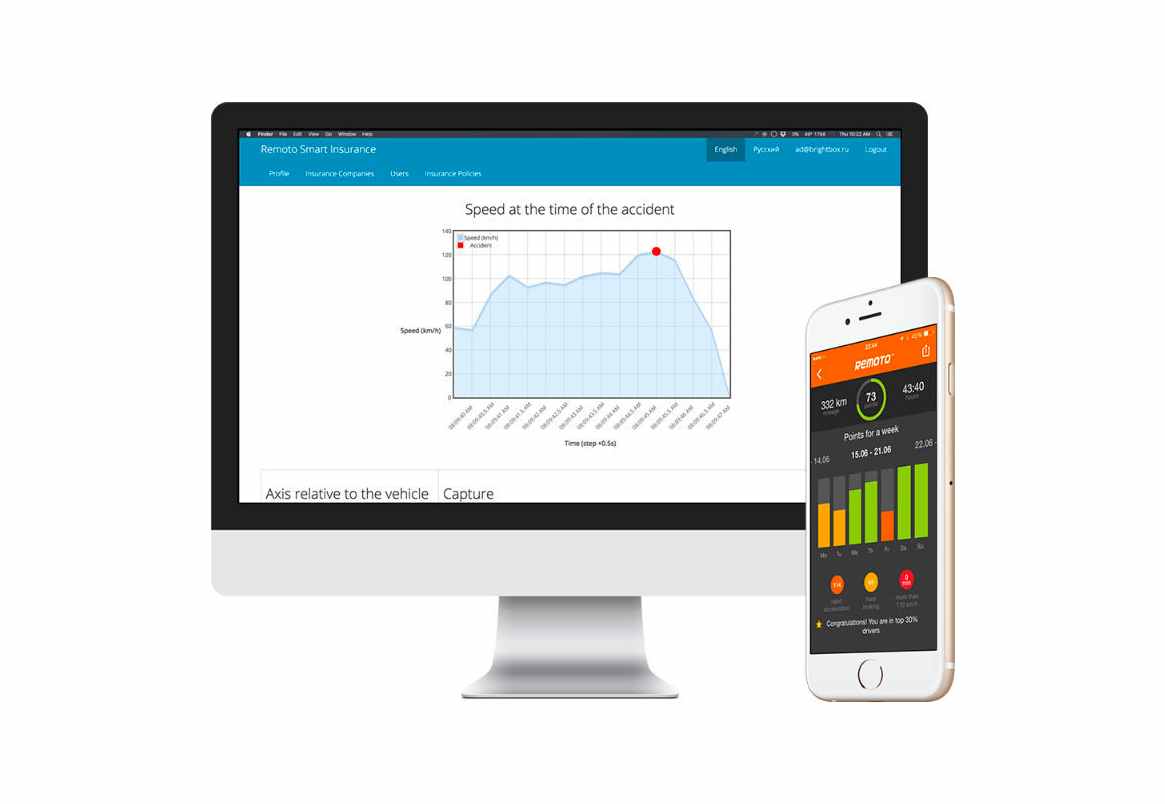 The market is theoretically ready. Already more than half of the cars sold in the world are connected. Visiongain believes that Big Data is one of the fastest growing market segments in the automotive industry. This indicates a great demand for big data analysis. At the same time, automakers, which have not yet taken the initiative, are being pushed by investors and shareholders.

However, the active movement towards Big Data is still hindered by a purely technical barrier: closed data exchange protocols inside the car do not allow you to easily and quickly collect all information from cars of all brands on the market. Perhaps the situation will be corrected by the appearance of a certain common standard, but for now this question is open.

It is difficult to judge the degree of readiness of the mass user now. Like any innovation, services based on Big Data analysis have their supporters and opponents. For example, fans of an aggressive driving style are unlikely to like the revision of the insurance calculation scheme. On forums and blogs, the very idea of collecting data from cars causes the same controversy as the analysis of user behavior by devices and the Google search engine: some like the new features, while others protest against “total surveillance” and tell horrors about the insecurity of the accumulated data arrays. But the flywheel is running.

Implementing Big Data analysis from scratch implies a large intellectual and financial investment. Alone, of course, not everyone will pull them, but, as in other markets, they may well be divided between interested parties. For example, we used this approach when creating Remoto: we took over research and development, and transferred the installation of equipment to car manufacturers. So the device becomes an additional option of the car, due to which users receive a number of necessary convenient functions.

With personnel capable of working effectively with Big Data, everything is somewhat more complicated, because globally this is a new market, to which the “right” approach has yet to be found. For several years now we have been forming our team, focusing on active specialists with a creative approach to work, and we are open for new contacts with people interested in this direction.